The factory is located in the south-eastern part of Jizzax City. The plant was designed in the sixties and was put into operation in 1972. In terms of output the plant ranked second among the four largest plants of the USSR. For most of its history the plant remained the main supplier of film and pipes for the agricultural and construction sectors in Uzbekistan.

The amount of investment: 1.5M USD 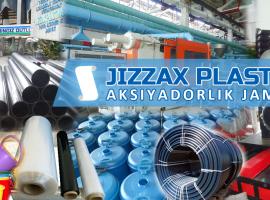 Jizzax Plastmassa JSC was established in 1972. First polyethylene pipes were obtained in 1972. In March 1976 — 1978 was launched production of PE film of various thickness and wide range of consumer products.

The Order of the State Property Committee of the Republic of Uzbekistan #425k- PO dated 18.06.1996 transformed Jizzax Plastics Plant to Jizzax Plastmassa OJSC.

In accordance with the Decree of the President of the Republic of Uzbekistan dated 28.04.2015 #2340 "On measures to increase the share and value of private property in the economy", in order to promote foreign investment, dramatically increase the level and the role of private property in the national economy by deepening the processes of privatisation and sale to private investors, primarily to foreign ones, of the state's share of assets in the authorised capitals of enterprises and on this basis to ensure the modernisation and technological renovation of production, organisation of production of competitive on the domestic and external markets products, Jizzax Plastmassa JSC is approved the list of joint-stock companies in which the share of state and economic management bodies is to be sold to strategic foreign investors.

Implementation of the projects will increase the volume and range of polymer products manufactured by the enterprise, reduce energy consumption and thus reduce production costs of Jizzax Plastmassa JSC's goods. In the context of increasing consumption of polymer products due to increased construction and reconstruction of water supply and sewerage systems of the country, the implementation of the above- mentioned projects by of modernisation and replacement of morally and physically obsolete equipment is of great importance in the development of Jizzax Plastmassa JSC and the entire chemical industry of the state. 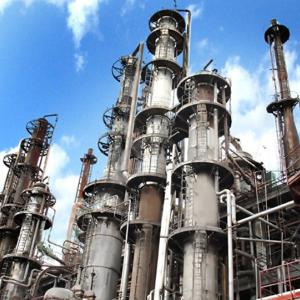 Navoiyazot JSC is one of the largest chemical enterprises in Uzbekistan that processes natural gas into fertilizer, the production of chemicals for the production of small-scale gold mining and chemistry. The main areas of its activity company occupies a leading position in the national market. Every day, our products are buying millions of consumers in 10 countries around the world, improving their quality of life. Every day more than 9000 people unite their efforts and talents to provide JSC Navoiyazot leading position on the market