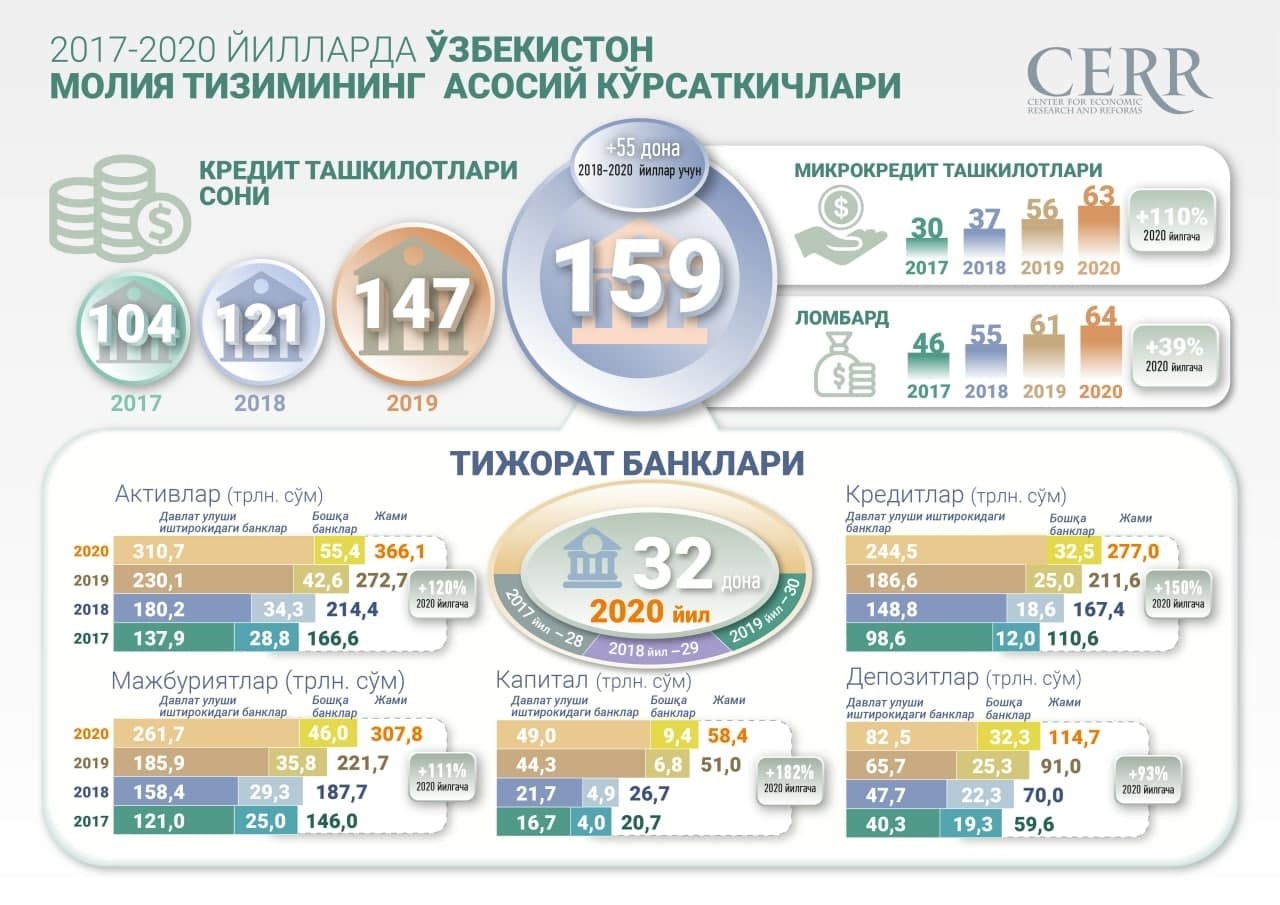 The radical changes in the banking and financial system of Uzbekistan during the last 4 years, by Chief Researcher of the Center for Economic Research and Reforms Khalilullakh Khamidov

In recent years, commercial banks have been actively transforming their businesses towards simplifying customer service, focusing on remote service channels, such as a bank-client or mobile applications. You can observe how this activity manifests itself in banks to varying degrees.

Positive trends in the banking sector of Uzbekistan were outlined back in 2016. However, state-owned banks remain the main source of the negative result of the national banking system in Uzbekistan.

Commercial banks with government assets still have a high proportion of funds received from the government.

The banking system of the Republic of Uzbekistan is characterized by a high concentration: 84% of all bank assets still belong to state-owned banks, and 64% to 5 major banks (National Bank, Asaka Bank, Uzpromstroybank, Ipoteka Bank and Agro Bank). The ratio of state deposits to loans of existing banks is 32.9%. For comparison, in private banks this figure is about 96 percent.

Deposits of individuals account for only 24% of total deposits in the banking system, which is about 5% of GDP. Today, one of the most important tasks is to attract the population's savings to the banking and financial system.

Key indicators of the financial system of Uzbekistan

As of January 1, 2021, the assets of commercial banks amounted to 366.1 trillion soums and increased by 120% compared to 2017. The average annual real growth (excluding devaluation) during this period was 24.1%.

The average annual real growth rate of deposits for this period was 18.5%.

With the liberalization of foreign exchange policy and the free movement of the national currency in September 2017, there have been significant changes in the development of the banking sector over the past 4 years.

In February 2019, for the first time in the history of Uzbekistan, the government allocated 1 billion soums. Following the successful placement of US dollar-denominated sovereign Eurobonds, several commercial banks have entered the international capital market in order to attract long-term capital.

Moreover, large-scale have helped to increase the interest of foreign investors in the banking sector:

In 2018, a joint stock company, managed by the Swiss company ResponsAbility Investments and specializing in development investments, bought out 7.66% of Hamkorbank shares from IFC.

In 2019, Halyk Bank of Kazakhstan established a subsidiary of Tenge Bank in Tashkent.

TBC Bank (Georgia), which acquired Payme in April 2019, opened its Tashkent branch a year later as the first digital bank in Uzbekistan.

In 2020, the German Institute for Financial Development (Deutsche Investitions- und Entwicklungsgesellschaft mbH, DEG) and Triodos Investment Management invested in the authorized capital of Ipak Yuli Bank by purchasing new issued shares in the amount of $25 million.

At the end of 2020, the volume assets of commercial banks amounted to 366.1 trillion soums, from them 277 trillion soums accounted for loans. At the same time, nominal growth of assets amounted to 34.2% compared to 2019, and real growth (excluding devaluation) - 28%. It is noteworthy that the share of foreign currency assets in the structure of banks' total assets is gradually decreasing. If in 2017 this figure was 64%, then by 2020 it dropped to 50.2%. 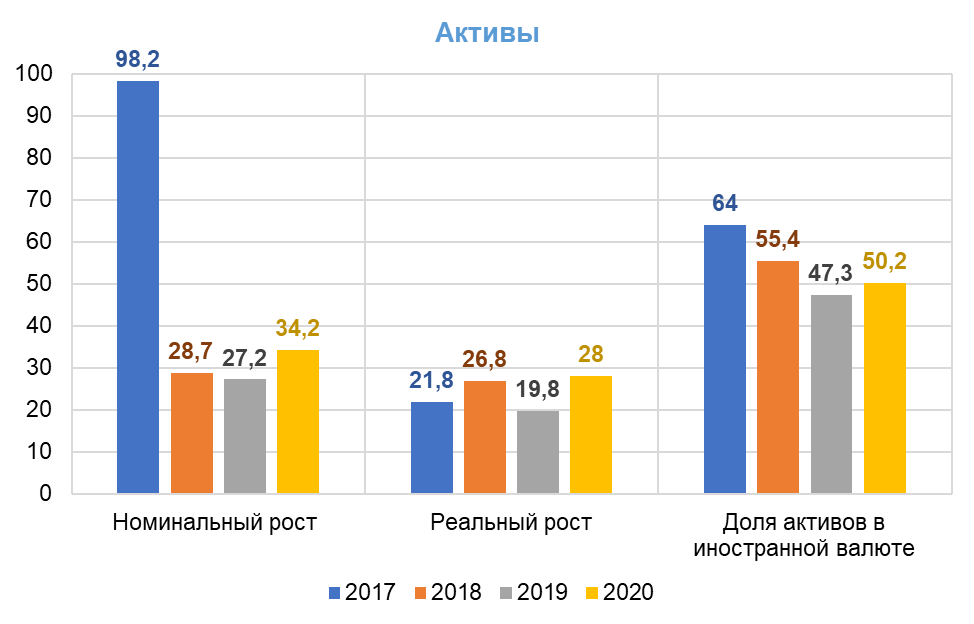 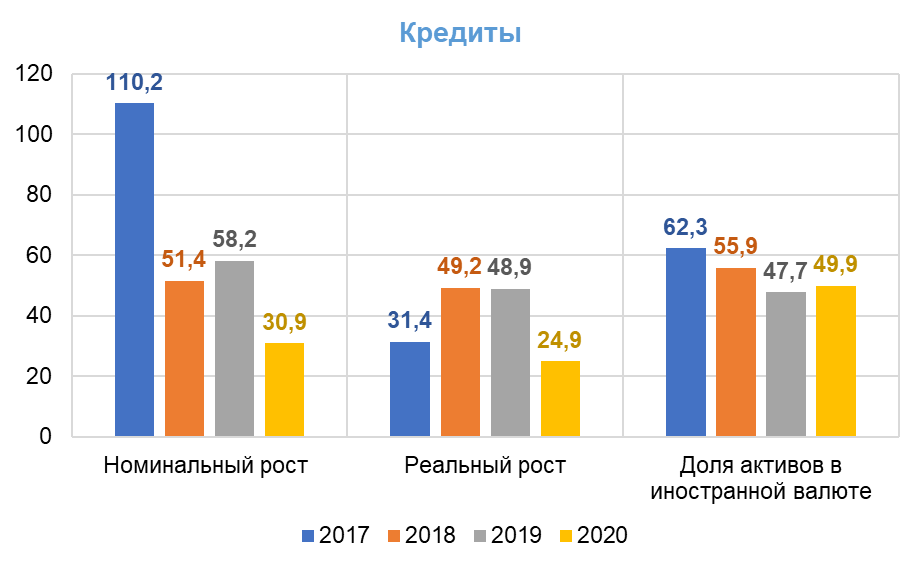 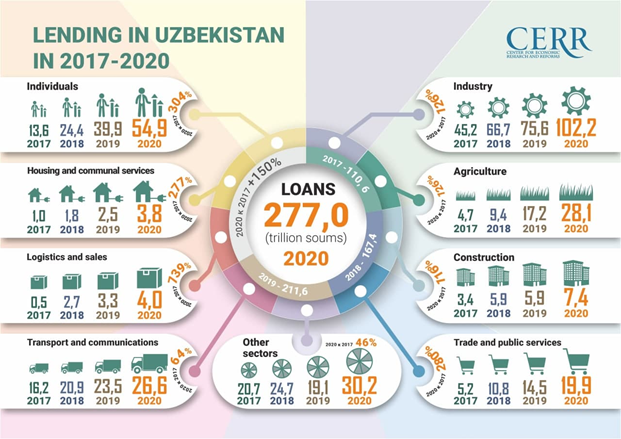 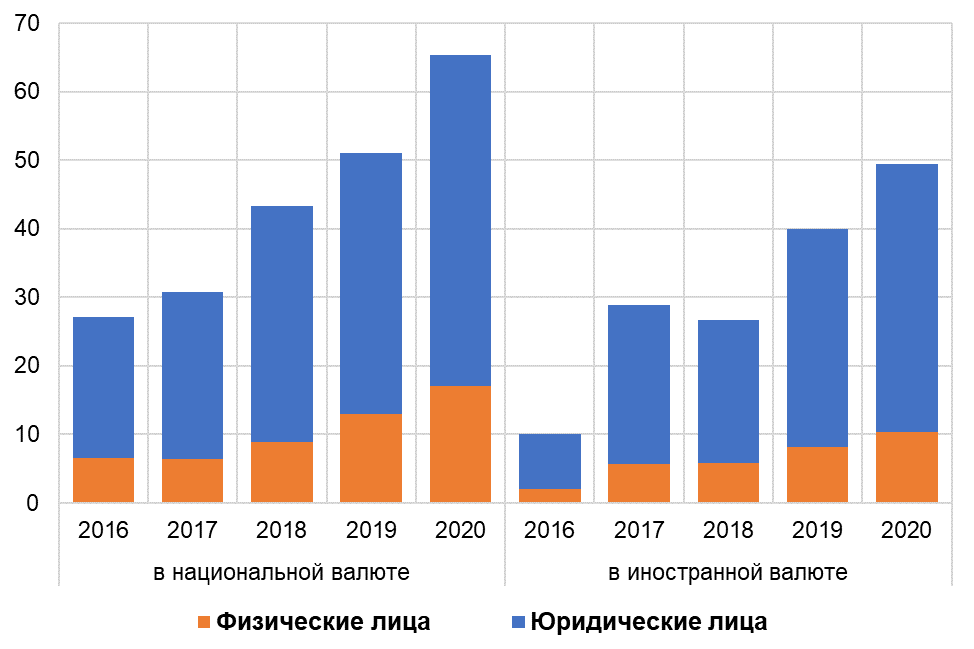 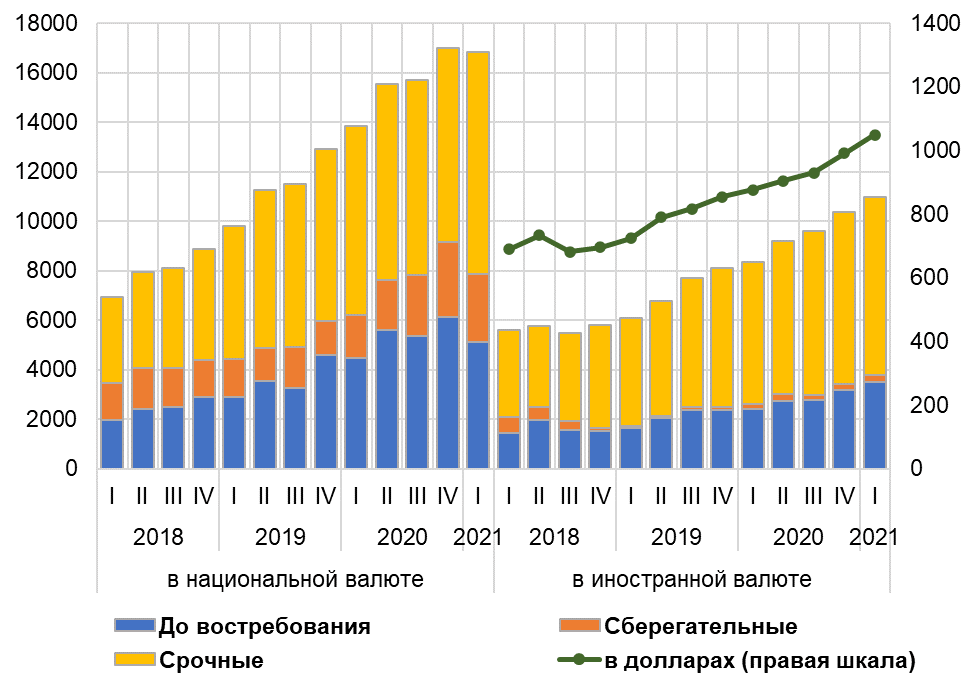 According to the Decree, it was decided to privatize Ipoteka Bank, Uzpromstroybank, Asakabank, Aloqabank, Qishloq Qurilish Bank and Turonbank. As part of the implementation of the Strategy in 2020, the International Finance Corporation (IFC) provided Ipoteka-Bank with a loan in Uzbek soums for the equivalent of US $35 million to support the bank's privatization and increase lending to small and medium-sized enterprises (SMEs).

Moreover, "Uzpromstroybank" began to implement a program of transformation. The bank has taken the first steps in terms of commercializing its business model and reforming corporate governance. At the same time, in 2020, "Uzpromstroybank" and the EBRD signed a loan agreement to attract a credit line in the amount of $40 million to finance domestic producers, exporters and small and medium-sized businesses. The bank has introduced underwriting, which allows credit operations to be carried out without the participation of employees.

The coronavirus pandemic that erupted early last year confirmed the fact of current globalization - a sign that no country in the world is left alone outside.

The coronavirus crisis has highlighted the need to accelerate the introduction of innovative technologies in the banking and financial system, expand sources of non-bank financing, increase financial literacy among the population, as well as develop more transparent mechanisms for social support of those in need.

In summary, the pandemic has led to a dramatic boom in the online ordering and shipping industry. The growth dynamics of this industry should continue in the period after the abolition of quarantine restrictions. Therefore, the rapid popularization of cashless remote payments, the development of electronic money and money transfer systems are required. This will encourage commercial banks to focus on digitization, restructure customer service algorithms and deepen the process of building relationships with customers.

Of course, the pandemic and the lockdown have contributed to the rapid development of remote banking services in Uzbekistan.

In particular, as of January 1, 2021, the number of remote service users amounted to 14.5 million people (including 13.7 million individuals, 822 thousand businesses), which is 30% more than the same period last year.

The licensing of digital banks and branches by the central bank has also led to the further digitization of the banking and financial system.