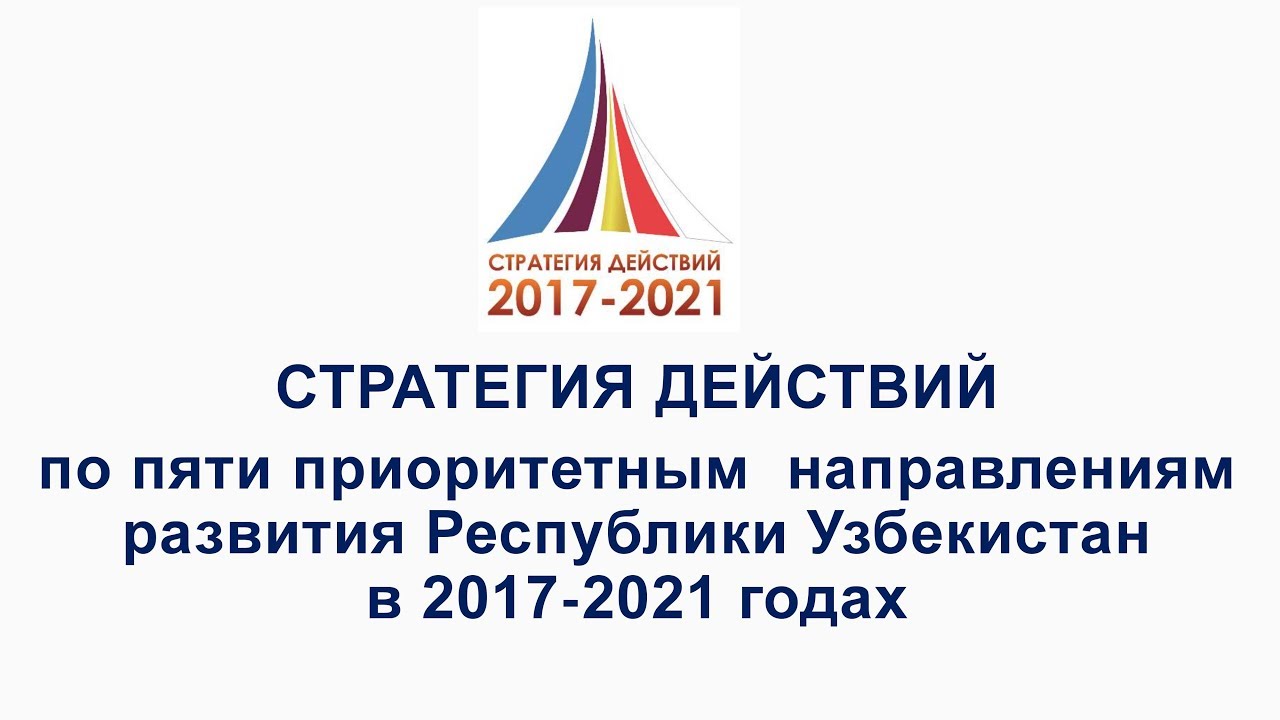 Over the past period, the parliament has been given new powers, which have significantly increased the role and place of the Oliy Majlis in establishing effective control over the activities of the executive branch, defining strategic paths for the development of the state and society.

The Institute of Appeal by the head of state to Parliament, has been recognized as an important political and legal process that provides strategically effective planning for the sustainable development of the state and society.

In 2017, the government of Uzbekistan launched a nationwide reform program. The main goal was to turn the government into a transparent system that prioritized the interests and well-being of citizens. The Concept of Administrative Reforms, the Law on Administrative Procedures and a number of other normative legal acts have formed the fundamental basis of the reforms as a logical and legal continuation of the concept.

In turn, consecutive efforts are being made to organize effective governance in the executive branch, to prevent corruption through transparent decision-making, to create favourable conditions for citizens to apply to government agencies, to organize reception days for citizens in each organization and office and to find effective solutions to appeals. In addition, a comprehensive system of accountability of the heads of the Cabinet of Ministers, ministries and departments, local authorities to parliament have been formed.

On December 12, 2017, the Public Service Agency and its territorial divisions were established under the Ministry of Justice. [5] In each district, a total of 205 Public Service Centres[6] across the country, more than 100 branches in remote areas. At the same time, access to 150 types of public services, regardless of place of residence, based on the principle of extraterritoriality, significantly reduced the number of documents submitted by citizens and the time required for service, increased quality and efficiency. [7]

A number of procedures have been optimized, such as registration of business entities, their charter capital, the requirements for the charter capital of enterprises with foreign investment. [8] As a result of these efforts, by the end of 2020, Uzbekistan climbed 4 steps in the “Business Registration” indicator of the World Bank's “Doing Business” Index, ranking 8th out of 190 countries[9].

As a logical continuation of the reforms, the information system of the Prime Minister's Virtual Reception - a single interactive portal "business.gov.uz" has been materially and technically improved. In order to prevent illegal decisions and ensure transparency, the "E-qaror" system has been developed - a program that converts the processes of development, coordination and registration of decisions of the governor into electronic form. [10]

In order to avoid the combination of public administration and economic functions and increase the efficiency of public service, the Agency for Civil Service Development[11] under the President of the Republic of Uzbekistan was established by Presidential Decree dated October 3, 2019. [12]

In this process, work is underway to analyze the quality of recruitment and open independent competitions, in particular, the launch of a single portal "vacancy.argos.uz", which operates online on a one-stop basis. Currently, 44 ministries and departments, 10 regional and 190 district (city) khokimiyats are connected to the portal. The activity of this portal is an important factor in accepting worthy candidates for vacant positions in the civil service.

The People's Receptions and Virtual Receptions of the President of the Republic of Uzbekistan, which have been operating since 2017, provide direct communication with the population, prompt resolution of local problems, elimination of shortcomings, realization of the rights and interests of individuals and legal entities. For example, in 2017 alone, the Virtual and Public Receptions received more than 1.4 million applications from individuals and legal entities. And from 2019, the President’s People’s Receptions have moved to door-to-door active system of identifying and resolving problems. In 2020, the Presidential Virtual Reception and the People's Reception received about 1.2 million applications. [13] As a result of the information provided by the President's People's Reception and the reports heard, 752 officials[14] were prosecuted for non-compliance with the requirements. The public receptions were given the authority to study the activities of government agencies, make recommendations to them, and make proposals for disciplinary action up to and including dismissal of officials who violated the law.

In addition, the establishment of Public Councils[15] under each government agency has laid the foundation for accurate and impartial communication of reforms and shortcomings in government agencies to the public.

President Sh.M. As a result of Mirziyoyev's January 24, 2020 Address to the Oliy Majlis, the idea that “Society is the initiator of reforms” [16] was put forward, and the government began to see civil society institutions as allies in the implementation of reforms. This is reflected in the creation of more opportunities for the free operation of NGOs in the country, changes in legislation and initiatives. [17]

Today, more than 9,200 NGOs operate in Uzbekistan. [18] The growth trend of non-governmental organizations is directly influenced by the implementation of a number of measures aimed at increasing their efficiency. In particular, more than 200 normative and legal acts have been adopted in this area, and the necessary institutional framework for the full support of NGOs has been created. This is characterized by the fact that all organizational and legal mechanisms for the expansion of NGOs in the country have been formed and this process is being strengthened. This can be seen in the fact that the dynamics of growth of non-governmental non-profit organizations in Uzbekistan continues to be progressive from year to year. [19]

At the same time, it should be noted that the initiative of NGOs in ensuring openness and transparency in society, the formation of public control over the activities of government agencies is not obvious.

Of course, we cannot say that many measures, new mechanisms, methods of control are radically changing the current situation. In order to address such problems, on March 4, 2021, the Decree of President Sh. Mirziyoyev "On approval of the concept of development of civil society in 2021-2025" was adopted.[20] This Decree is a clear example of the practical aspects of the idea of "Society - the initiator of reforms".

In conclusion, it can be said, that most of the important reforms to improve the system of state and society building under the Action Strategy are aimed to strengthen the mechanisms of people's government, ensure the independence of public authorities, strengthen the role of parliament, improve public services and transparency of local self-government bodies, providing legal support and encouragement of non-profit organizations.

The reforms being carried out in the framework of improving the system of state and social construction are contributing to the wide recognition and enhancement of the image of the new Uzbekistan in the international arena. This is a testament to the correctness and effectiveness of the new stage of reforms being carried out in the country, the pragmatic domestic and foreign policy pursued.