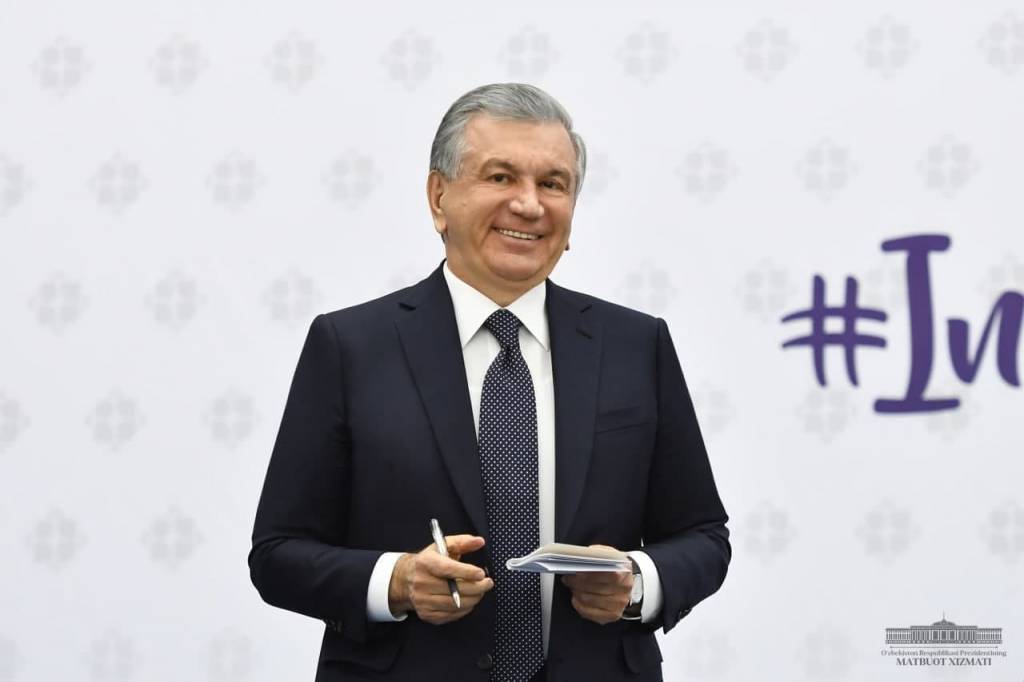 On October 13, the candidate for President of the Republic of Uzbekistan from the Liberal Democratic Party of Uzbekistan Shavkat Mirziyoyev met with voters of Navoi region.

The authorized person of the candidate in the region K. Sanakulov opened the meeting.

Shavkat Mirziyoyev made a presentation on his pre-election program.

The program identifies ten areas of action for the comprehensive development of the country, strengthening the rule of law, peace and tranquility. In particular, a five-year plan was developed for the development of districts and cities, villages and mahallas, the creation of decent living conditions in Navoi region, based on the full use of the huge potential of the region.

First of all, measures for vocational training of the population were considered. For this, a Polytechnic University will be created at Navoi Mining Institute, capable of accepting almost 15 thousand students. In total, about 60,000 young people and unemployed people will be trained in crafts and business over the next five years.

The candidate’s program identifies economic development, job creation and export growth as key priorities. So, in Navoi region in the next five years, it is planned to implement 2.2 thousand investment projects worth $9 billion and create 75 thousand new jobs.

These include the creation of a gas chemical cluster worth $3.4 billion and the commissioning of seven power plants worth about $3 billion.

In general, due to the capacities that will be commissioned in the next five years, the volume of regional exports will grow 6 times – up to 900 million dollars.

It is also planned to create 70 thousand new jobs by supporting entrepreneurship. For this, an assistant hokim will be assigned to each mahalla, and the population will be provided with organizational and financial support. More than 500 billion UZS will be allocated annually within the framework of family entrepreneurship programs.

The forthcoming measures for the construction of medical and educational institutions, improvement of the quality of services were also noted.

In general, 40 trillion UZS will be allocated from the state budget for the economic and social development of Navoi region in the next five years, a total of 180 thousand new jobs will be created.

“Today is the time of constant movement, the time of real struggle. In this struggle, we must be among the winners. If we live and work with such confidence, the goal will be achieved. Uzbekistan must become one of the most developed countries. In achieving these goals, I, like all our people, rely on the residents of Navoi”, Shavkat Mirziyoyev said.

A sincere conversation took place with the participants of the meeting, the voters who gathered in the district studios. They expressed their opinion on the possibilities for the development of the region and problems at places. Shavkat Mirziyoyev promised to include in his program and implement the proposals made.

On October 13, the candidate for President of the Republic of Uzbekistan from the Liberal Democratic Party of Uzbekistan Shavkat Mirziyoyev met with voters of Navoi region.
Read more